spider wasps (pompilidae) are – in a nutshell – really badass insects.
to provide food for their larvae, these wasps go hunting for spiders that are usually bigger than themselves. spiders are paralysed, placed in a small burrow or tunnel, and used as fresh food for a single egg/larva that is laid into them just before the nest is closed. 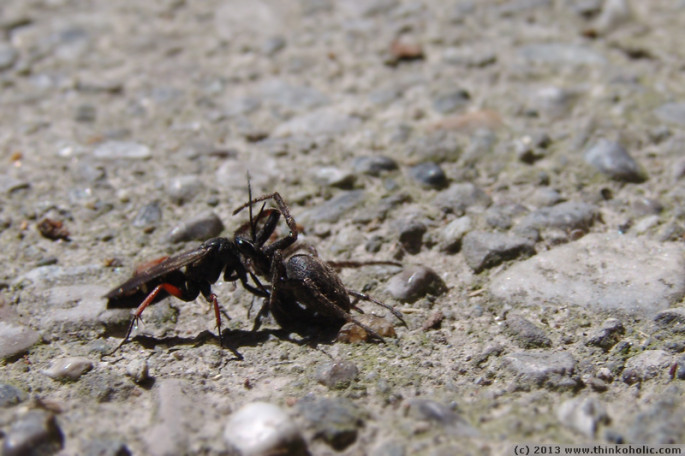 carrying something around that’s heavier than yourself is obviously quite a bit of work. here’s a short image sequence which shows how the wasp hauls its prey across the ground: