during our botanical excursion to mallorca, we were lucky enough to find several species of these plants: 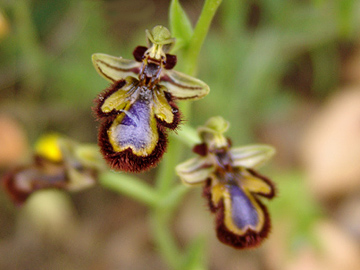 when, for example, a male bee is successfully decepted, it will land on the flower and attempt to copulate with it. during this so-called pseudocopulation, pollen will get stuck to its abdomen and/or head. this way, the pollen has a better chance of reaching a flower of the same species, rather than just any flower.