some time ago, a friend from university mentioned that he had seen the most ridiculously-looking fish on tv: the ocean sunfish (mola mola, german: mondfisch).
after describing it as “the front half of an ordinary fish”, he drew me a sketch of one, so i could imagine what it looked like: 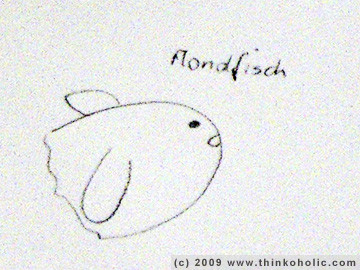 sketch of an ocean sunfish

i assumed that he had just reached his drawing limits, but a google search proved that his drawing wasn’t that bad after all: 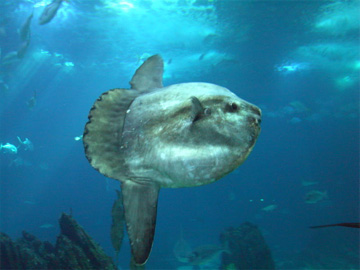 it’s quite a big fish, too.

i think this is one of the animals that only biologists (and other sunfish) can refer to as “beautiful”.