my friend armin mentioned yesterday that the german terrorists in the latest south park episode, “super fun time”, reminded him a lot of the ones from the 1988 movie “die hard”.
turns out he was right: 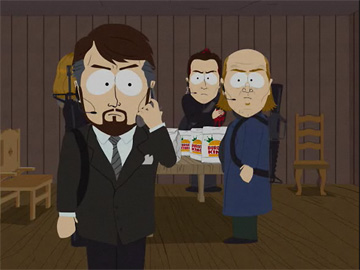 (screenshot taken from the free online version at southparkstudios.com)

[ad#center]
for comparison, here’s an image from “die hard”: 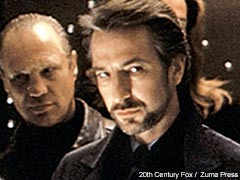 in “die hard”, the name of the villains’ leader is hans gruber (played by alan rickman) – in this southpark episode, his name is franz. i guess that’s about as close as they could get without risking a lawsuit?

by the way: in the german version of “die hard” (titled “stirb langsam”), the names of the terrorists had to be changed into english ones – hans, karl, heinrich, were changed to jack, charlie and henry.

update: note how the woman’s face is obscured by hans gruber in both images.